“I don’t know whether or not I particularly like that kid. But she sure is cute.”

Dick Powell and I are not the same. I liked June Allyson right away. I watched Good News (1947) and found her to be overflowing with charm. She was cute and tiny and bubbly. She had a raspy voice that was unique when she sang.

She was born Eleanor Geisman in The Bronx on October 7, 1917. Her father left the family when she was small, and she was raised by her mother, who had known poverty her whole life. When she was eight years old, a falling tree limb struck her and she was hospitalized, with doctors grimly predicting that she’d never walk again. Not only would she walk, she would dance too.

It was that kind of perseverance that would define her career in Hollywood and her career as a woman.

June Allyson wasn’t the typical Hollywood beauty or glamour girl. She was down to earth, looked as if she didn’t wake up in the morning with perfectly coiffed hair and smooth, luminous skin. She was one of those rare Hollywood creatures who actually went through puberty. But she did have a smile that lit up her face and every film she was in. 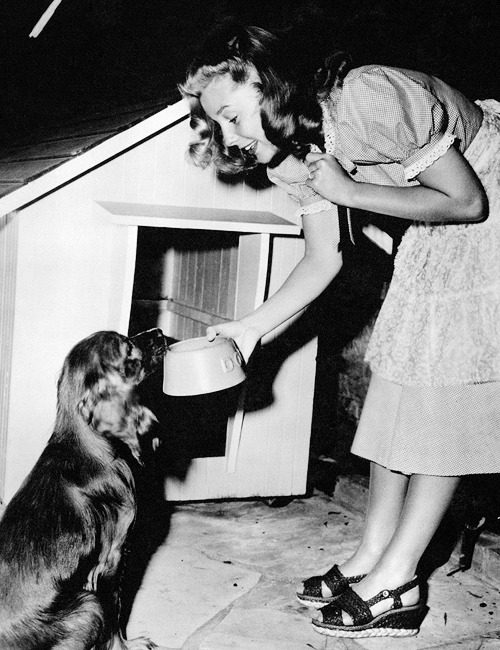 There are those who think June wasn’t much of an actress. While I can’t convince them otherwise, I can explain why I’ve loved her in every film I’ve seen. She just makes me happy. She had this quality that was so earnest, as if she wasn’t only convincing the audience, but herself as well.

Good News is what made me fall for her, but the first film I watched was Executive Suite (1954). She hadn’t made an impression on me, which is understandable, since there was a star studded supporting cast playing more interesting characters. Also, it’s William Holden’s movie. But the next film I watched where I did pay more attention to her was Her Highness and the Bellboy (1945), the first of two films she made with her dear friend, Robert Walker. Hedy Lamarr was also featured, but by this point in her career, MGM was pushing her out in favor of her younger co-stars.

With Hedy, one of the most gob smackingly beautiful women to walk the earth, and one of the most intelligent, who would even take a second look at June? That’s the premise of the movie as well. Hedy is a European princess and June is an invalid. She’s Leslie, in love with Jimmy (Walker), a bellboy who starts ignoring her once he makes the acquaintance of Princess Veronica. But once things are sorted out, it makes sense that Jimmy would return to Leslie, whose winning personality and smile just can’t be suppressed.

She and Bobby Walker also made The Sailor Takes a Wife from the same year, a very sweet, funny and lovely film about a shotgun marriage. The two remind me a lot of Carl and Ellie Fredricksen, had that gorgeous “Married Life” montage showed the warts in their perfect union. They were so young and innocent. Even though these aren’t among her most famous films, she deeply admired Bobby and thought he was a terrific actor. I understand why they and he were her favorites. 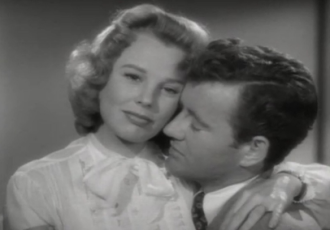 MGM definitely could have squeezed out more movies from this adorable pair. My most treasured partnership of June’s is with Van Johnson, naturally.

June’s best known films besides the ones she made with Van are Good News and Little Women (1949).

In Good News, she was 30, portraying a college student. She often played much younger characters because MGM lied about her age. Some think she didn’t look youthful enough, but I disagree. This film is possibly the best introduction to June Allyson. Her raspy voice is a delight whether she’s speaking or singing, and it’s one of my favorite sounds.

I think about how she sang “Just Imagine” – a heartfelt song that follows rejection. I could feel this song in my skin. It reaches out to me as someone who falls in love with dead people constantly. June sings it with so much sincerity and emotion, pining for her ideal guy and desperately wishing he was real.

She was so irrepressible and I just fell, hard and fast.

Little Women was a film that showed off more of her strengths and vivacity. Jo March is a character I really relate to. She’s a strongly opinionated writer who doesn’t care about marriage, who’s more focused on a career than a husband. And though she’s a little rough around the edges, her big heart is in the right place. I remember thinking how perfectly suited June was to Jo. They seemed so alike the more I learned about June. 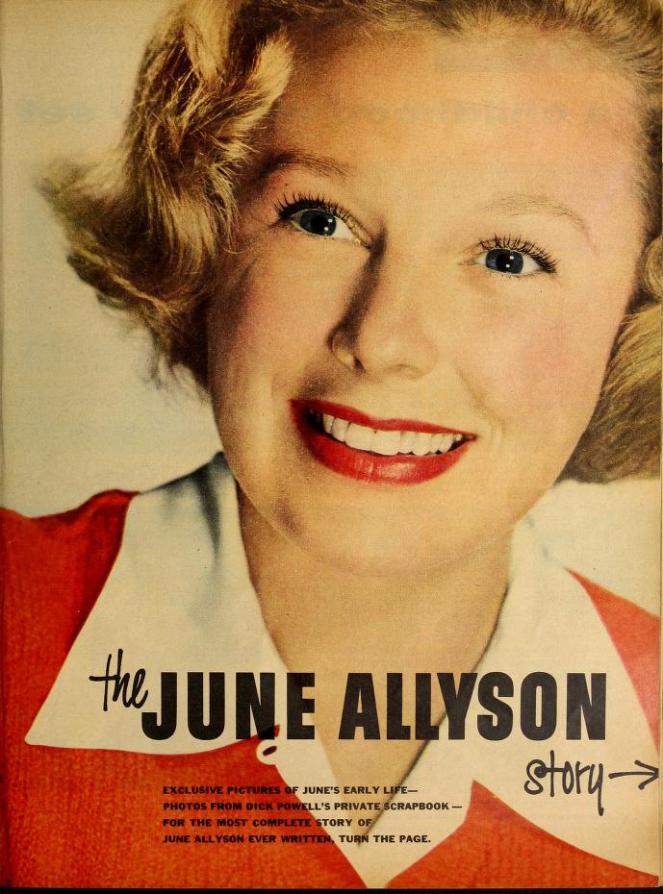 It’s easy to take June Allyson for granted, to ignore how talented she was. She could do it all – musical, comedy, and drama. See her troubled performance in The Secret Heart (1946), or how she holds her own with Humphrey Bogart in Battle Circus (1953).

She was so small, but her emotions and big personality just couldn’t be contained! Watch this clip from one of her first film appearances in Girl Crazy (1943).

And then there’s “Leave it to Jane” / “Cleopatterer”, two of the greatest musical numbers ever spawned. No, she wasn’t the best singer, which she freely admitted. But these songs are not in need of a trained, glossy voice. They need something a bit more raw and unrefined. That’s where June’s froggy voice comes in. And she’s also serving serious outfit goals. June’s Peter Pan collars are rarely ever acknowledged! She was so stylish.

June was one of the most lovable people to ever exist. And she really was an itty bitty thing. But what I love about her onscreen and off is that she wasn’t helpless. She was scrappy. She fought a much bigger woman in The Reformer and the Redhead (1950), and she slapped Joan Collins across the face hard in The Opposite Sex (1956), a remake of 1939’s The Women that is much more empowering.

When June fell in love with Dick Powell, she was forbidden from marrying him by Louis B. Mayer. Well, not only did she marry him, Mayer was the one who gave her away at the wedding!

June was a tough lady. She willed herself to recover from a life threatening injury as a child and that resiliency served her well throughout her life. Though she wrote with candor in her autobiography about everything she did wrong and how often she felt stupid or ill equipped, she also shared stories about standing up for herself and being authentic. She had guts.

There’s nothing more boring than indifference. June was never boring because she gave everything she got, poured out her enthusiasm into anything. There was a big heart and personality pumping away in that pint sized body. 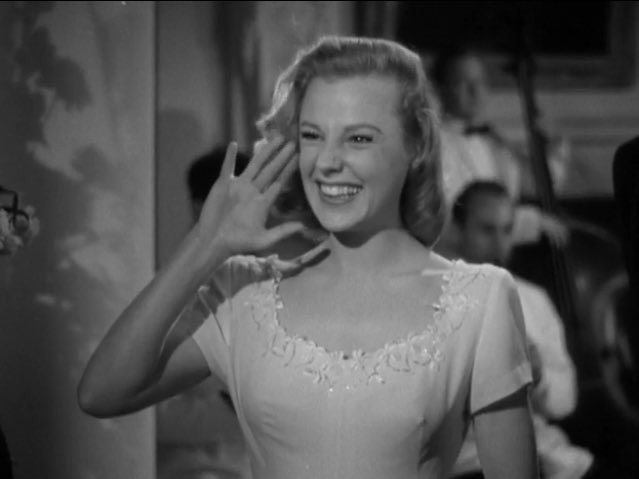 June Allyson has let sunshine in on some of my darkest days, and I adore her so much. Please be sure to read the other entries celebrating this one of a kind star by clicking the banner below.

20s. Catholic. Aspiring fairy tale, classic movie, and Pixar heroine. "Then at midnight, I'll turn into a pumpkin, and drive away in my glass slipper."